Share a memory
Obituary & Services
Tribute Wall
Read more about the life story of Carl and share your memory.

In his 82nd year, on August 20, Carl Von Mertens took his last few breaths and died with family and dear friends at his side. He had lived with cancer for over three years, arriving at a stage of pain difficult to manage. He told us he knew he had our love, and there was nothing more he could want from his life. He apologized for leaving us, and not one to linger on with a project once begun, he willed his body to shut down, his final project. His was a life that touched many through projects he undertook for family, friends and community. Projects big and small, many made in his home woodworking shop in Peterborough, and more recently in his son's commercial workshop on Voss Farm Road. Larger projects include a home for his daughter and her family; Dublin School's library building and most of the tables and desks in it and in other school buildings; tables, benches, storage shed and a faux nesting chimney for chimney swifts for the Harris Center in Hancock; tables, stools and a large, elegant conference table for the recent Peterborough Library addition. All projects he did as a volunteer. Carl's community projects started in high school (Darrow School) where he built a cider shack in the school orchard. College (Bowdoin) and four years in the Navy followed. He taught math and physics at Dublin School for 25 years, and served on the board thereafter, continuing his close, 40-year relationship with that community until his death. Carl found his first true hometown in Peterborough. He and his wife, Francie, organized a team in the co-ed softball league in the 1980s. After one game, eating pizza on the steps of the old pizza shop on Main Street, people honked and waved his way as they drove by. Carl said he'd never really had a hometown. He had found one and, characteristically, left his mark. He and Francie helped conserve Fremont Field as town conservation land. Some of Carl's ashes will be spread there. And perhaps some at the community gardens they created across from the recycling center. Finally outwitting the deer, he dug 32 postholes and set posts, enclosing the 25 garden plots with wire fencing too tall for deer to jump. Possibly done in one day. He could outwork most people. For his 70th birthday the invitation went out to join a workgang on his land (somewhat neglected while he did projects elsewhere). Some 70 people arrived with chainsaws, tractor mower, chipper, loppers, grateful to give back to Carl. No better gift for him: a workgang.

Another Carl community was distant. Each March for 10 years, with his brother, Peter, he packed up tools and design plans for building projects in Louisiana after Hurricane Katrina, Uganda, Trinidad, and Panama (community centers, housing for nurses, housing for teachers). In 2020, for what he knew would be his last project given cancer that soon would be diagnosed as advanced, his children and grandchildren were part of the work crew that built a hostel on Cristobal Island, Panama. A modest man of few words, he never talked about his projects. All who loved and admired this good man are invited to gather in his honor on October 9, 2 p.m., at Dublin School, some perhaps with a Carl story to share. For those wishing to make a memorial contribution, the Carl Von Mertens Woodworking Shop at Dublin School needs an addition. He built the original shop and added woodworking to the school curriculum, just as the school's Perkin Observatory that he built added a "look into the cosmos" to the curriculum. Carl's sense of awe for the cosmos, shared with his children, Tod and Anna, was one of his great pleasures as his energy waned this past year. In addition to his wife and two children, Carl is survived by Tod's wife, Jaylon, and their children Imogen, Ezra and Max; Anna's husband, Chris Anderson, and their children Hayden and Rhys; his brother, Peter, and his wife, Dea Angiolillo; his extended family; dear friends Brooks Whitehouse and Jim and Sue Callihan; and all who visited him in his final days with love that brought the Carl smile he was known for, pictured here. 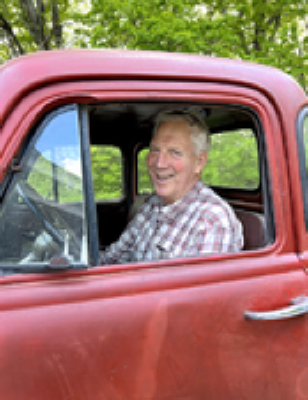