Share a memory
Obituary & Services
Tribute Wall
Read more about the life story of David and share your memory.

David A. Blanchette, 82, of Hancock, NH, died peacefully on September 3,2022 at Summerhill Assisted Living after a period of declining health from Parkinson’s Disease and bone cancer.

He was born on May 27, 1940 in Peterborough, NH, the son of Oliver and Marion (Dionne) Blanchette.  He grew up in Peterborough, a graduate of Peterborough High School, Class of 1958. After graduation, David joined the service with several of his classmates and served in the Marine Corps (1958-1962), stationed for two years in Yokosuka, Japan.  David was a lifelong resident of Sharon (where he raised his family), Peterborough and Hancock.

David was well known for his quick sense of humor and was most happy being outdoors, always on the move and needing “a project.”  He loved hiking, especially out West, his “roughing it” trips with his brother Ron, his spring fishing and winter ice cutting trips in the wilds of Maine with the Fernald family and friends, his Wednesday night tennis and overseas traveling with his wife.

David is survived by his wife Susan Blanchette (Tarr); his daughter Katy (Jeffrey) Clough of Louden, NH, his daughter Wendy (William) Jenson of Encinitas, CA, his son Michael (Holly) Blanchette of Hancock, NH; his son Robert (Michele) of Los Alamatos, CA, a step-son, Matthew (Pamela) Tarr of Gilmanton IronWorks, NH; his brothers,  Ronald Blanchette of Aptos, CA and Gerald (Sharon) Blanchette of Peterborough, NH; 10 grandchildren and 3 great-grandchildren, and many nieces and nephews.   David was predeceased by his son Daniel Blanchette, his former wife JoAnn, his sister Lorraine Manha, and his brother Robert Blanchette of Inverness, Florida.

In lieu of flowers, please consider making memorial donations in David’s name to “End 68 Hours of Hunger” or the “Peterborough Food Pantry.”

A private graveside service will be held in Sharon.

A celebration of David’s life will be held on Sunday, October 9, 2022, beginning at 2:00 p.m., at their home at 52 Old Hancock Road in Hancock.  Casual dress for an outside gathering.

To send flowers to the family or plant a tree in memory of David Blanchette, please visit our floral store. 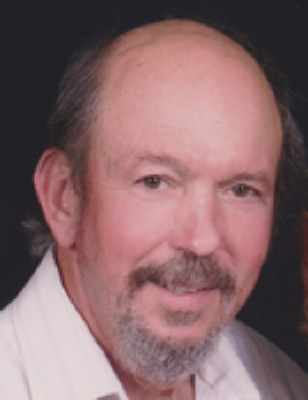