Share a memory
Obituary & Services
Tribute Wall
Read more about the life story of Jane Perlman and share your memory.

Jane Perlman Hill, 70 of Hancock, passed away peacefully, surrounded by her family and friends whom she lovingly referred to as her “village” on November 29, 2022.  Jane was born October 26, 1952, in Philadelphia, Pennsylvania to Eugene and Mary (Davis) Perlman.  She is survived by her husband John and stepsons Rusty Hill of Hancock and Jon Charlonne [Amy] and their sons Ethan and Eben of Bennington, her sister-in-law Sue Hill Battles of North Conway, NH and her children Crispin [Cheryl], Ben [Angie] MacKenzie, Whitney all of North Conway, NH.   In addition, she is survived by her mother Mary, brothers David and Kim (Caroline) and niece Samantha Perlman of Williston, Florida.  Her father Eugene [Gene] pre-deceased Jane in 2012.  The loss of her father had a profound impact on Jane.  He was her “special” guy and she loved sharing stories about Gene.  Everyone who knew both Jane and Gene knew Jane didn’t fall far from his apple tree.

Having grown up as a rolling stone in the greater New York, DC, Philadelphia area, because of her father’s career as an executive with Western Union, she was not one to gather “things”, much to the chagrin of her husband, who as a true Yankee saves everything because you never know when you may need it in the future.  Having spent a great deal of time with her Nana in Brooklyn, her appreciation for a New York bagel and cheesecake was insatiable. She moved more than 10 times as a youth.  She eventually ended up in boarding school in Washington DC for her high school years.  Here she became life-long friends with the Clifford/Lanagan family.  Whom she considered her second family, spending vacations and summer with them on Nantucket.

Jane attended Nathaniel Hawthorne College in Antrim, NH where she earned a bachelor’s degree in history.  She chose Hawthorne, because “the skiing was great”.  It was while attending college, she met   two of her lifelong friends, Roxanne, while both were working their way through college and, Judi, while imbibing at the old Riverdale 2.  Despite Judi living in San Francisco, they became “besties” resulting in many west coast adventures and numerous other travel destinations.  As she would say, Judi was the “sister from another mother”.  These friendships have endured for close to 50 years.

Jane’s love of New Hampshire was sealed, she had found her forever home.  After graduation from college, she started her career in the travel industry.  This brought her to Boston with Garber Travel and eventually to Masiello Travel, in Keene, as its President.  Due to the downturn in the travel industry, Jane changed careers.  She retired, due to her health, from Clark Mortensen Insurance, Keene.  Her travel career availed her of many destinations.  There was no place better than a beach for Jane.  If there was sun, sand, water and a drink with an umbrella or a beer, life would be perfect!

Jane joined the board of Monadnock Worksource in 2009 and retired as Vice Chair in 2020 due to her health.

Jane’s personality was bigger than life.  One always knew when Jane was in the house!  Her twinkling eyes and ever-present smile were always there.  She fought her auto-immune disease for years, until the options were exhausted.  She was generous to a fault and loved by many.  She will be forever loved by her many “adopted grandchildren” lovingly known as Auntie Dubba.  Her friends are many and far-reaching.

In lieu of flowers, memorial donations may be made in Jane’s name to:  Hancock Fire and Rescue, 40 Bennington Rd., Hancock, NH 03449.

There will be a celebration of Jane’s life in the Spring.  Jane would never forgive us for a winter celebration.  She so disliked winters! 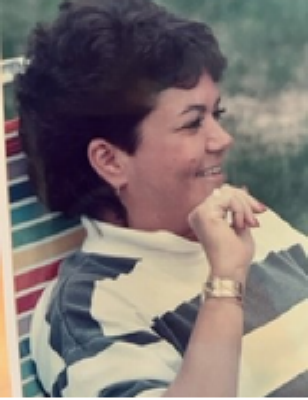