Share a memory
Obituary & Services
Tribute Wall
Read more about the life story of Kenneth and share your memory.

Kenneth I. Lindfors of Peterborough NH died on September 13, 2022 at the age of 86. Ken was a devoted son, brother, husband, father, and grandfather. He leaves his beloved wife of 62 years, Betsy Dunnet Lindfors, two daughters Kristin and Karin, his granddaughter Maya, his brother Bernth, his sister Sally, his son-in-law Will, and numerous extended family members in Sweden and America as well as friends throughout the world.

Born in Skelleftea, Sweden in 1935, the son of Knut and Hilda Eriksson Lindfors, he came to the United States on an American refugee ship in August of 1940 during World War II. He graduated from Mount Hermon School in Massachusetts in 1953, where he served as president of the student council, sang in four choral groups, and became a member of Northfield Mount Hermon’s Athletic Hall of Fame. He went on to Oberlin College in Ohio as a member of the class of 1957 where he was a two-time All American soccer player, a first team All American selection in 1956, and a member of the college’s Athletic Hall of Fame. After Oberlin he earned a master’s degree at Harvard University and began a career as an educator in independent schools.

Many of those years were spent at Suffield Academy in Connecticut. Between 1961 and 1987 Ken was a classroom teacher, coach, advisor, history department head, academic dean, assistant headmaster, and headmaster at Suffield. The coauthor of two historical volumes and a man who genuinely loved teaching US History, he was the winner of several awards, including the Capital Area Distinguished Teacher Award presented by Trinity College, and the William Robertson Coe Fellowship at Stanford University.

Ken became Suffield Academy’s headmaster in 1976. During his eleven-year tenure as headmaster, applications for admission more than doubled, financial aid was increased and was primarily used to increase minority enrollment, and the school actively worked to become an international as well as national high school. In addition, the school’s endowment increased sevenfold, the number of women serving on the faculty doubled, three teaching chairs to honor excellence in teaching were established, and extensive renovations and additions were made to the physical plant. Ken was especially interested in seeing much of Suffield’s success as a school in terms of where a student finished rather than where he or she started. Within that context, he was interested in enrolling students of varying academic abilities who would provide contributions to community life at Suffield through their friendliness, spirit, involvement, and achievements.

In 1987, Ken and his wife Betsy moved to Peterborough. He had just been appointed President of ASSIST Inc, an international student scholarship program linking talented students from around the world with many of this country’s finest independent secondary schools. Between 1987 and 2000, with the help of the Soros Foundation, Ken and Betsy expanded ASSIST’s outreach to students of special promise in many countries that had formerly been part of the Soviet Union, i.e. Hungary, Lithuania, Latvia, Estonia, Bulgaria, Romania, Moldova, Bosnia-Herzegovina, Macedonia, Croatia, Slovakia, and the Czech Republic. Ken retired as ASSIST’s president in 2000 but remained active as an ASSIST volunteer in the years thereafter.  During his over 50-year career he served as a beloved mentor to many thousands of young people from across the world and was a valued colleague to fellow educators from across the nation.

Ken loved living with Betsy in southern New Hampshire and in Peterborough.  When he wasn’t working, you could most often find him reading good books, doing crossword puzzles, quietly observing the beautiful nature around their home, or engaged in meaningful conversation. Singing in the Monadnock Chorus for several years, writing a personal memoir for his family and friends, participating in discussion groups, and maintaining connections with his extended family as well as with local, national, and international friends were all part of the richness of Ken’s life.  He was a wonderful ‘Poppie’ to his granddaughter Maya.  He was a warm, thoughtful, dignified, compassionate man. He lived a life of service and will be remembered for his loving bond with Betsy, his devotion to his family, his enduring friendships, and his accomplishments and dedication as an educator and leader.  Ken is much loved and admired and will be deeply missed.

In lieu of flowers, donations may be made in Ken’s memory to either ASSIST Inc at assistscholars.org or to Suffield Academy at suffieldacademy.org.   You may share a memory or leave a message of condolence for the family below, or condolences may be mailed to Betsy at Betsy Lindfors, RiverMead Life Care Community SCU, 300 RiverMead Road, Peterborough, NH 03458.

A Celebration of Life Service and Reception will be held on Sunday, May 7, 2023 at 11:30 am at the RiverMead Lifecare Community Auditorium, 150 RiverMead Road, Peterborough NH 03458.

If you plan to attend, please let the family know at kblindfors@comcast.net by April 15th 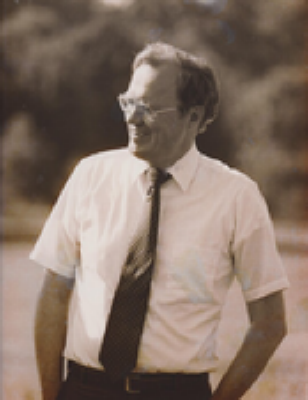