Plant a tree in memory of Linda
An environmentally-friendly option 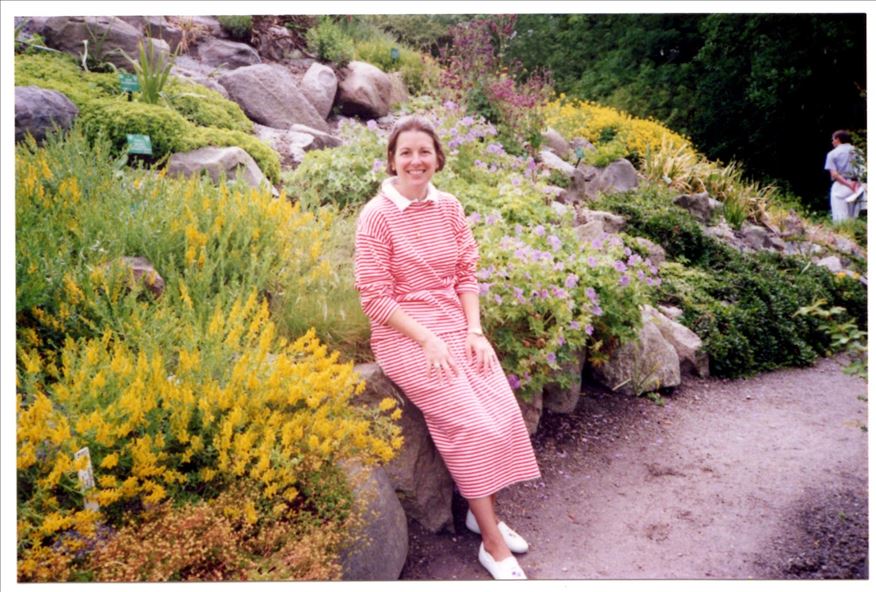 Linda Bullard Bastedo (1950-2021), longtime resident of Dublin, NH, died peacefully at home on February 13 after battling with a terminal illness. Beloved daughter, sister, wife, mother, aunt, and friend, Linda was surrounded by her children Kip and Spencer, and by her husband of forty years, Philip Russell “Rusty” Bastedo.

Daughter of Jean Spencer and Roger Bullard, both of Springfield, Illinois, Linda grew up primarily in St. Charles, Illinois. During her high school years, her family moved to New Canaan, CT, and Linda delighted in sneaking off to Greenwich Village with her friends to listen to live folk music, regaling her younger sister Stacey with tales of her adventures upon her return. After graduating from Denison University, Linda moved to New York City in the early 1970s to pursue a career in the decorative arts. She recalled her early days in New York fondly, remembering how she frequented thrift stores, worked odd jobs, and lived on hot dogs as she struggled to establish herself in the city, and how her greatest delight through those years was to treat herself to a paperback from the Strand bookstands on Broadway and read in Central Park until nightfall.

An artist and historical preservationist at heart, Linda began working as an arts researcher for Ginzburg & Levy Antiques. Shortly thereafter, she was hired by British royal Lord Louis Mountbatten to establish new American campuses for United World Colleges (UWC), an international network of boarding schools whose mission was to bring students from around the world together to study curricula that promoted intercultural education. During Linda’s tenure, she organized fundraising events in both the US and the UK, and she excelled in planning dinners, coordinating décor, and ejecting gatecrashers who were trying to meet UWC President Prince Charles and his fiancée Diana Spencer, who regularly attended UWC banquets. Linda loved throwing a party and was known, both in those early days and through the rest of her years, for her skills at bringing people together in beautiful settings filled with the gorgeous flower arrangements and delicious food that she created.

In 1978, a mutual friend introduced Linda to Rusty Bastedo, a museum curator and New York native who shared her love of antiques and decorative arts. While they were courting, Rusty introduced Linda to the city he loved and the two bonded over their appreciation of old New York. The young couple settled on the Upper East Side and, after marrying in 1980, moved just north to Bronxville, where they began to raise a family. Spencer and Kip were born within a couple of years of each other, and Linda retired from UWC to focus on taking care of the children. She loved bringing them into New York and introducing them to the wonders of Central Park, the Metropolitan Museum of Art, and the Bronx Zoo, among other places, and her incredible event planning and decorating skills found a new niche as she created wonderful, magically themed birthday parties and outfitted the children in elaborate Halloween costumes year after year.

The family’s story was not limited to New York, however, for Rusty’s parents had a long history of their own in Dublin, New Hampshire. The family visited the beautiful town at the foot of Mount Monadnock whenever the children were on break and Rusty could get away work, and Linda fell in love with Dublin, recalling later that when she first arrived in the town she knew she had finally found her home. Linda and Rusty brought Spencer, Kip, and Nils, Rusty’s son from an earlier marriage, to Dublin as often as they could, and under the summer sun and the big blue sky, Linda discovered a passion for horticulture, applying her creative energies to flower arrangements that she loved to enter into annual Garden Club contests.

Linda and Rusty finally moved to Dublin full time in the late 1990s, at which point Linda began the twin projects that she would pursue for the rest of her life. The first of these was the creation of a beautiful home filled with the brilliant colors that defined the old Swedish houses that Linda and Rusty loved, and with the ever-growing collection of antiques and curiosities that she discovered on her rounds. The second was the cultivation of a dazzling garden whose color and design reflected Linda’s keen eye, patient care, and playful spirit through the seasons.

Linda loved her extended family, her friends, and Dublin, and maintained a sense of wonder that manifested in her constant delight at catching glimpses of wild animals, at discovering a special object in one of her many shops by the side of the road, and at conversing with children and learning about their worlds. She is, and will be, dearly missed by all whom she took into her heart, and all who took her into theirs.

Plant a tree in memory of Linda by clicking here.
To send flowers to Linda's family, please visit our floral store.

Plant a tree in memory of Linda
An environmentally-friendly option

Plant a tree in memory of Linda

11 trees planted in memory of Linda

This time of passing is so poignant for those of us who are left caring on our family trees. Please know how much Linda is missed from Stacey’s friends in Dayton.
Fred and Holly McConnaughey

For my beautiful sister. You will always be with me. With so much love from my family to yours,
Stacey, Rodney, Stephie, Brandon, Wyatt, Hallie, Liusuke, Elliot, and Heidi

ah, Linda… during my tenure at Andy’s Summer Playhouse, Linda (and Kip!) made the place even more splendid – and for an already splendid place, that’s saying something. She helped us in manifold ways whenever we needed it (or got ambitious!) Amazing smile, exceptional energy – so happy to have crossed orbits. Much love to all the family. Her memory will not fade. xo Bob Lawson

Rusty, I am sorry you and your family have lost Linda. I remember that party at your house with the flowers and gardens with Linda's upward beat.  Kath Allen

Linda, you’ll be forever missed by us, but I’m sure you’re enjoying the beauty of this world somewhere <3
Nicole Q

A Memorial Tree was ordered in memory of Linda Bullard Bastedo by Nicole Q .  Plant a Tree

Plant a tree in memory of Linda