Share a memory
Obituary & Services
Tribute Wall
Read more about the life story of Mary Torosian and share your memory.

Mary Torosian Graves, 96, was fiercely proud of her Armenian heritage. Born in 1926, she grew up in Concord, NH, speaking Armenian, Turkish, and English.

Mary graduated from Plymouth State Teacher’s College in 1948, and met her husband, Donald, in 1950; they married one year later in New Jersey, where they lived until moving to Peterborough in 1954. Here, she continued to teach elementary school until they started a family. Together Mary and Don undertook many renovations and house-building projects in the Monadnock region; she was the designer, he could build, rebuild, or repair anything. Often, she was so impatient to see the final result that she was painting faster than he could hammer. After Don passed away in 1981, Mary continued to design houses, several of which were built in Peterborough and Dublin; created a line of greeting cards that were works of art; and kept an eye on the real-estate listings. Real estate was irresistible.

She moved many times; collected many antiques; had three cast-iron cauldrons. She played classical piano, painted watercolors, knitted, sewed, read like crazy, drew house plans endlessly, never had a tv or a credit card. She traveled with a tape measure, and she knew how to use a Sawzol, although sometimes it might have been better if she hadn’t.

In her heyday, Mary tackled the town of Peterborough on issues that were important to her, or when she felt there were inequities, or that rules were being applied inconsistently. She wrote hundreds of strong, articulate letters to the local newspapers. She was known to picket the town hall—an act of great courage, as she was often the only one standing there. She carried a tape recorder to planning board meetings, and she spoke up even when her voice shook.

It was a great honor for her to meet candidate Barack Obama, and speak to him several times. She barely came up to his shoulder, but on one occasion she motioned him down, and said how proud his parents must have been. Dressed in her white cape on a bitterly cold day, he told her she looked like a little snowflake.

Her last seven years were spent surrounded by love and imagination at Summerhill Assisted Living, where people were supportive of her art and creativity. It is hard to imagine a kinder, more loving environment. Mary was thrilled to have several art shows while living there, including one at the Jaffrey Civic Center, and she fully explored the intricacies of Zendoodle designs, creating masterful images.

Above all, Mary was a seeker. Seeking beauty, seeking balance, seeking peace. Her mind was curious and agile. And over the course of a long, full lifetime, she was also seeking answers. She pursued a spiritual quest, often frustrated by the lack of concrete details. She is surely finding answers now, seeing beauty, and feeling peace.

Mary is survived by her daughter, Annie Graves, of Peterborough; her devoted son-in-law, Mel Allen, and his sons Dan and Josh; also a son, Jonathan. A small private service was held at the family gravesite.   For he shall give his angels charge over thee, to keep thee in all thy ways.

To send flowers to the family or plant a tree in memory of Mary Torosian Graves, please visit our floral store. 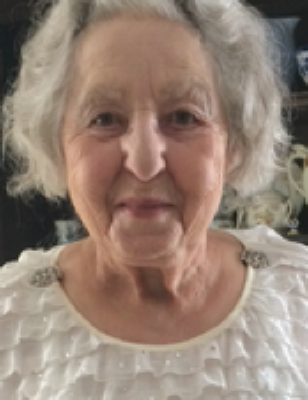 You can still show your support by sending flowers directly to the family, or by planting a memorial tree in the memory of Mary Torosian Graves
SHARE OBITUARY
© 2023 Jellison Funeral home. All Rights Reserved. Funeral Home website by CFS & TA | Terms of Use | Privacy Policy | Accessibility