Share a memory
Obituary & Services
Tribute Wall
Read more about the life story of Robert and share your memory.

The Honorable Robert Taft, 92 of Peterborough, passed away peacefully and surrounded by love, on December 26, 2022 at his home at RiverMead.  He was born in Fitchburg, MA on May 19, 1930, the son of James and Mary (McKaig) Taft and lived in the family home in Greenville, NH for 76 years. Although he moved to Peterborough in 2006 and finally to RiverMead in 2013, he was very proud of his Greenville roots and considered it his hometown.

After graduating from Tufts University Bob joined the Army in 1952 and served for three years before attending Boston University Law School.  He practiced law with Fernald, Taft, Falby & Little in Peterborough for his entire career, retiring in 2010.  Bob served the State of NH as a judge, retiring from the bench in 2000.  He was the longest-serving sitting judge in NH’s municipal court system.  He was known as being a fair and compassionate judge and helped many people to get back on track.

Bob cared deeply about his family and his community.  He was very proud of his children and grandchildren keeping their pictures close in his office and home.  He gave back in many ways and participated in countless civic organizations including Rotary International (Grand Monadnock Rotary Club), Bethel-Souhegan Masonic Lodge, the Amoskeag Veterans and the American Legion.  Bob always showed up, whether to flip pancakes at the Easter Breakfast, or pick up trash at the Roadside Clean-up.  He happily did his part and helped many charities to raise funds for their important missions.  Bob was patriotic and wore his military uniform proudly when he marched in local parades.  He stayed active into his retirement years, working out at the Bond Wellness Center and playing golf and tennis as frequently as possible.

Most of all Bob treasured his relationships with people and could often be found surrounded in a lively group sharing stories or the latest news.  He loved life and squeezed as much into a day as humanly possible, often causing him to be fashionably late to meetings and functions.  He was never too busy to greet his friends and hear about their lives.

Preceded in death by his eldest son Thomas, his beloved brother and sister-in-law Zandy and Eileen Taft, and his long-time companion Susanne Culbertson.

The Taft Family thanks the staff and friends at RiverMead who cared for him during his final years.  A Celebration of Bob’s life is planned for the spring and will be announced at a later date.  In lieu of flowers, memorial donations may be made in Bob’s name to: Monadnock Community Hospital, Department of Philanthropy, 452 Old Street Rd, Peterborough, NH 03458 or Greenville Community Christian Church, PO Box 304, Greenville, NH 03048.

To send flowers to the family or plant a tree in memory of Robert Taft, please visit our floral store. 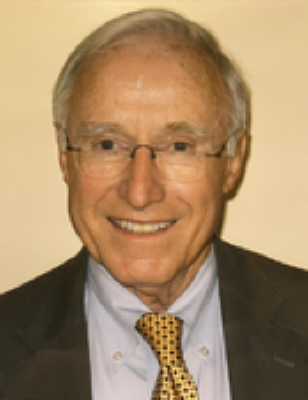 You can still show your support by sending flowers directly to the family, or by planting a memorial tree in the memory of Robert Taft
SHARE OBITUARY
© 2023 Jellison Funeral home. All Rights Reserved. Funeral Home website by CFS & TA | Terms of Use | Privacy Policy | Accessibility