Share a memory
Obituary & Services
Tribute Wall
Read more about the life story of Shelley and share your memory.

Shelley S. Guy, 56 years old, passed away peacefully on Thursday, November 10th, 2022, with her family by her side. Shelley was born in Winchester, MA on March 8th, 1966, she was formerly a resident of Boynton Beach FL but recently moved back to Dublin NH to be surrounded by family and long-time friends for the remaining time she had. Shelley was the daughter of Dorothea F. Guy (Leighton).

Shelley attended Conval School District up until her senior year, when she switched to St. Bernards School in Fitchburg MA, where she later graduated. She then began pursuing her degree as a paralegal at Plymouth State University.  She studied abroad in England and later graduated from New England College. She then spent many years working for Devine Millimet and Branch, and most recently Cindy A. Crawford Marital & family law.

Shelley grew up in many different places throughout her childhood, but Temple NH and Boynton Beach FL were the two main places she called home. Shelley loved animals, especially her dog. She was an outgoing, spunky, fun-loving, adventurous individual who loved being the center of attention almost as much as she loved watching the New England Patriots. Whenever she came home to NH to visit you could find her out doing anything from skiing to horseback riding. Shelley was a true “beach bum” as that’s where she could be found on any given day (that she wasn’t out shopping). Traveling was another of her favorite pastimes, she traveled to many different countries with Japan being the most recent. She was the true comedian of the family, and those who knew Shelley can remember her not only by the hard work she put into her career but also, all the funny, memorable, things she did in her life. Shelley was a beloved aunt, sister and so much more to those who surrounded her. She was a flame that will continue to burn on forever in our hearts.

A graveside service will be held in the spring at Miller cemetery in Temple NH, along with a celebration of life. Details will be announced at a later date.

To send flowers to the family or plant a tree in memory of Shelley Guy, please visit our floral store. 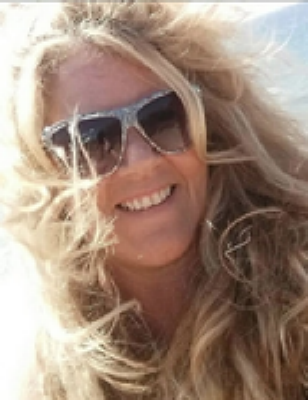 
Family and friends are coming together online to create a special keepsake. Every memory left on the online obituary will be automatically included in the book.

You can still show your support by sending flowers directly to the family, or by planting a memorial tree in the memory of Shelley Guy
SHARE OBITUARY
© 2022 Jellison Funeral home. All Rights Reserved. Funeral Home website by CFS & TA | Terms of Use | Privacy Policy | Accessibility