Share a memory
Obituary & Services
Tribute Wall
Read more about the life story of Tricia and share your memory.

In the early hours of Saturday, November 26, 2022, one week after her 77th birthday and her 45th wedding anniversary, Patricia Marie Summerfield Froling died peacefully, surrounded by family. Born to James Crofts Summerfield and Madge Sellar, Tricia was raised in the small English village of Burwash in Sussex County with her brother Richard and sister Anabelle. She was educated in local convent schools until she was 16 when she left home and moved in with a group of young women in London to attend a secretarial school. Upon graduation, Tricia took up stenography work in London. Soon after her 21st birthday, she left for the Caribbean- working for a string of lawyers in Jamaica, the Bahamas and Washington, D.C. Tricia soon came to two conclusions: first, that she was just as smart as the lawyers, and second, that they made more money. Attempting to get a legal education, she discovered that she did not strictly qualify under existing rules to enter the legal education system in the UK. This would be the first time of many that she sought an exception and had it granted.

After two years at the Inns of Court Law School she- and the other students- took an examination, the results of which astonished everyone- she scored the highest in the country. After another year at school, she qualified as a barrister and immediately left for New York, found a job as an associate at a prestigious law firm and, benefiting from another exception, took the New York bar exam and qualified as a New York lawyer.

In 1977, a 3-month romance led to a 45-year marriage to Stephen Froling, with two bonus stepdaughters, Alison and Kristin. The family lived for several years in a carriage house in Brooklyn Heights with a large roof deck, where Tricia enjoyed gardening, needlepoint, wood carving, flower arranging, and opera, while also working full-time as a lawyer.

In 1986, she was hired by JP Morgan Investment Management to return to London. She and Stephen moved to a sleepy hamlet in central England called Helpston. During this time she had a series of jobs in banks, insurance companies and investment management firms, and eventually became head of the legal department of Merrill Lynch Asset Management in London, where she worked until she retired in 1999.

In 2002, a baby granddaughter named Hazel changed everything. Stephen and Tricia decided they were living on the wrong continent and moved to Hancock, NH to be better grandparents to Hazel and Ben. Tricia took her retirement activities as seriously as her career. She could spend hours listening to Verdi operas, while carving wood panels of delicate leaves and flowers, using a set of tools inherited from her father and grandfather. In winter months she arranged elaborate dried floral arrangements and wreaths from pine cones, acorns and flowers she gathered year round on long walks. She was always singing; she thought it normal to burst into full-throated song in the house or garden. She was a devoted member of the Norway Pond Singers in Hancock. Tricia kept a traditional English garden, both in Hancock and in her previous home in the UK, filled with blue, mauve and white flowers — never orange.

Tricia is survived by her husband, Stephen Froling, a resident at Rivermead in Peterborough NH; her brother Richard and his wife Cynthia Summerfield of East Sussex, UK; her stepdaughters Kristin and Alison Froling; grandchildren Hazel and Ben; cousins Sophie Gastinel and Timothy West; nephews David, James and William Summerfield.

A memorial service will be held at the Harris Center in Hancock, NH on January 21st at 2pm. In case of inclement weather, please call 603-758-4020 for a possible change of location. In lieu of flowers, please send donations to Music on Norway Pond or the Harris Center for Conservation Education.

To send flowers to the family or plant a tree in memory of Tricia Froling, please visit our floral store. 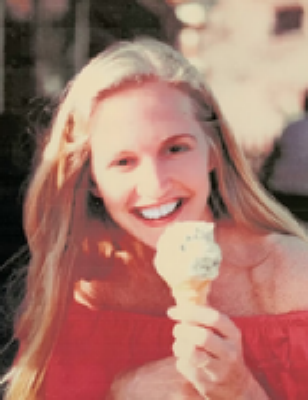